SWEEEET! yup that's how I would like to describe my afternoon last Saturday. I was one of the selected 10 bloggers that was invited  by All Malaysians Bloggers Project (AMBP) for a sneak peek of the Magical Musicals that will be held at Amphitheater (Sunway Lagoon) starting from 10 June 2011 onwards. Meeting the casts and witnessing 'behind the scenes' of the Magical Musicals was simply awesome as they are bursting with great vibe and energy. They were enthusiastic, friendly and most importantly really committed to show their best moves and groves plus vocals too. Come and get yourself mesmerized by the West End talents all the way from the UK!!

After getting our passes from Nicholas of AMBP, we were greeted by Loke Kah Peng, PR manager of Sunway Lagoon and lead us to The STUDIO room. Even though I had the privilege to cover for Peter Pan The Musicals last November 2010 but we never had a chance to be at the Studio room. So it was pretty cool that this time around, we were granted access to be in.
I met again with David Kort and Chris Colby, the 2 pillars of the Magical musicals. We also met the main casts which includes Stevie Tate Bauer (Megan), Neil Couperthwaite (Ryan), Amanda Salmon (Stephanie), Stephen  Weller (Danny), Gareth Heesom (Josh) and LJ Neilson (Amber) plus the rest of the dancers.
They were few familiar numbers were played that includes the musicals from Grease, Hairspray, Mamma Mia, Moulin Rouge,  saturday night Fever, Dreamgirls,.Glee and even pieces from Bollywood dreams likes Jai Ho and Shakalaka too!

Then Loke Kah Peng lead us to the stage. Suddenly I felt I was really in Times Square, NEW YORK! Yeah being in NY was simply a MAGICAL lifetime dream came true for me in 2010. Heheeh….note that BIG ASS fans were fixed for a better ventilation and so many improvement has been made since Peter Pan especially on the sound system. 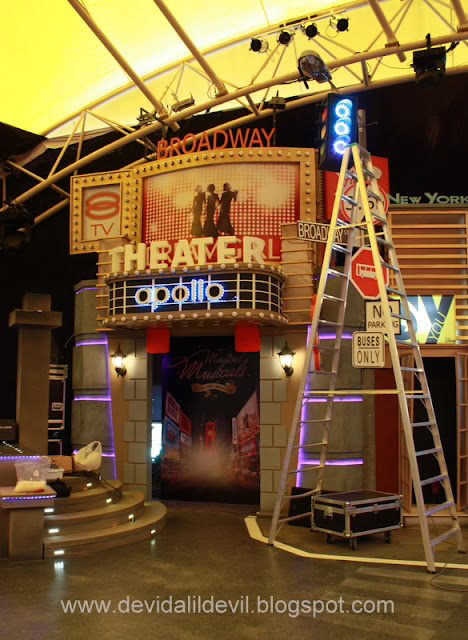 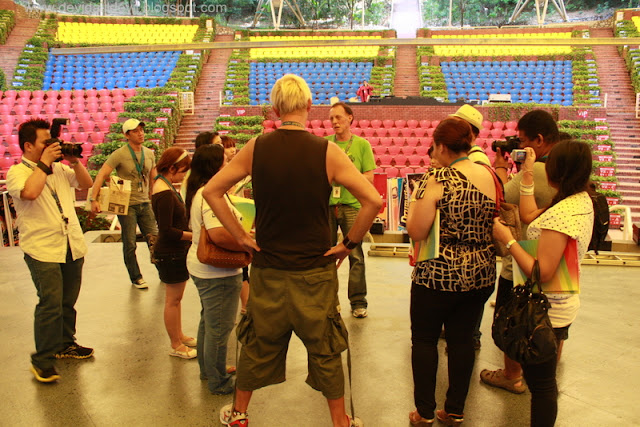 Later we head back to the studio and we checked out some of their glamorous outfit and props. After finished interviewing them, we headed to The Lighthouse for some light refreshments. 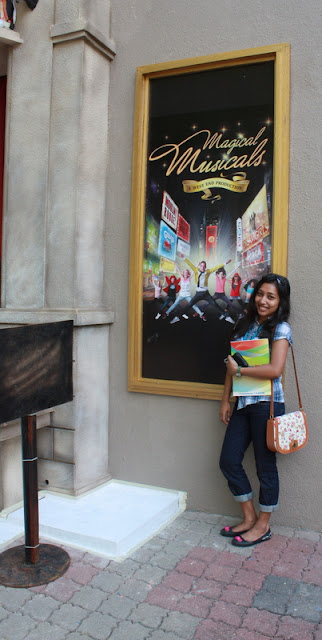 So are you excited? I know I am…can’t wait!

For those who are interested, you may purchase your tickets at RED TIX.

Or If you would love to win, you may head down to this LINK or their Facebook fanpage and be on the lookout as they are giving away free tickets on different dates..let the magic began! Thank you AMBP and Sunway Lagoon for the opportunity. Hope to receive more invitation like this. :) :)
Go figure by Devi da Lil' DeviL at Tuesday, June 07, 2011

Hiya. I know I'm a bit late now, but I don't think I saw this blog post before! Thanks for the nice piece and some great photos as well. At least now we are always up on the stage with some costumes, not just our rehearsal gear! :-)

hi cik lily..sure not a problem...

better late than never..hahah
thanks for the compliment, the photos are great because meeting great people like yourself. yup your costumes are simply over the top..hehehe :)