Thanks to a contest organized by DragonRun instagram official and Linora Low, I've managed to score the grand prize of 2D1N stay in First World Genting plus a pair of passes to the Dragon Run / Martial Arts inspired kinda run. It has been closed to a year since I started engaged myself into running outdoor actively. 19 runs including the Dragon Run yesterday and still counting :) Who would of thought that this katak biru was once a person who despise running infact running for more than 400metre was consider a big struggle. I was active in sports during my primary but not really after high school..oh well I'm glad that its never too late to start something good. And not only I get to find new passion but also feeling good about it. So, come on guyz, whatever things that you have been wanting to try, dont keep it hanging there. Go and unleash your DRAGON dreams now!

Orait, back to what had happen yesterday. With 6km+ running uphill and downhill while going through > 7 obstacles, my Saturday yesterday was nothing short of exhilarating moment of breaking all my thrill cells in my body. Grace and I check-in
at First World Genting on Friday evening. We took the cable car from the Genting Skyway and it only cost RM6.40 one way. It was Grace's first time taking the cable car.. like seriously? .

The stay was cool, clean and simple as it was quite new located at Tower 3. 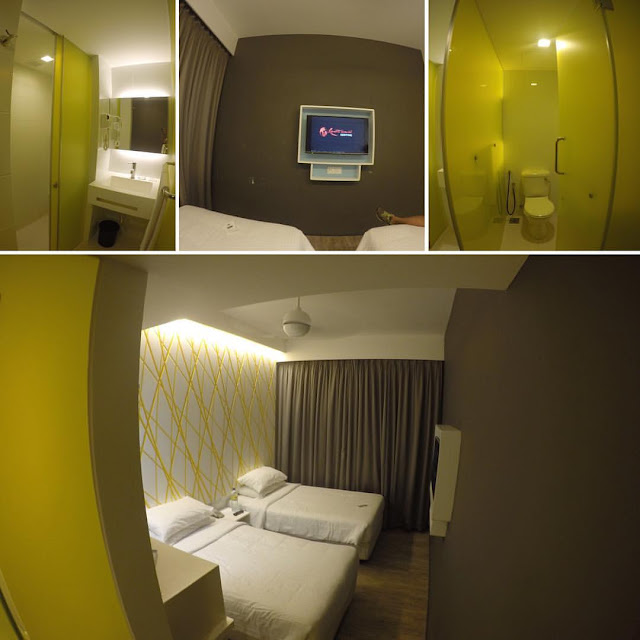 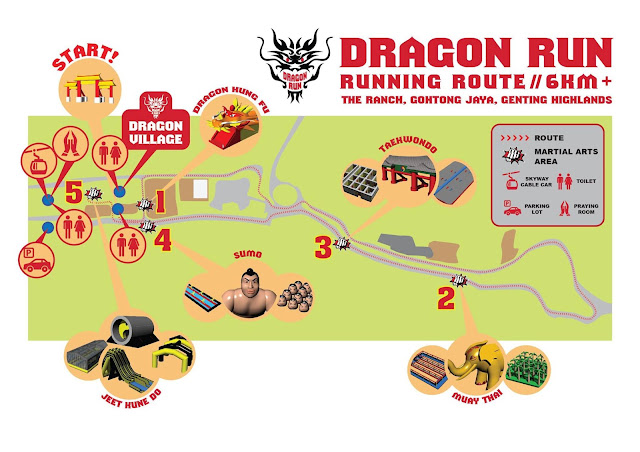 Check out the video for some of the obstacles that was placed with huge inflatable slides. Get ready to get wet with mud and run uphill & downhill at this beautiful side of lush greenery. 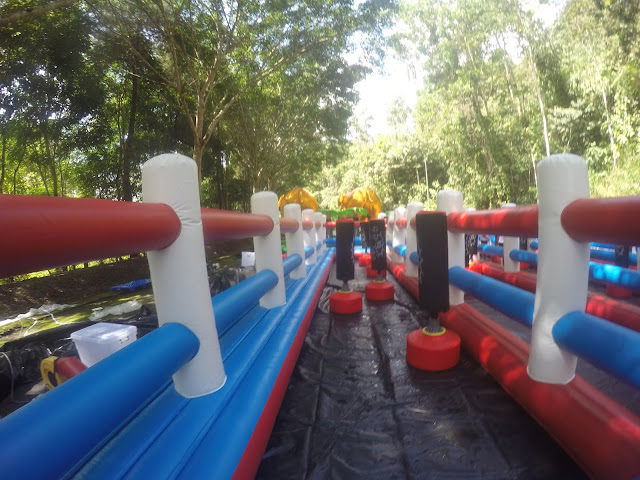 The sporting crew were there to cheer us and also not forgetting the police officer that took care of the traffic for us to run safely. only 2 Water stations were set up. running at 11am under the scorching sun and by the roadside was not something i've anticipated but that just keep me going faster so that i could be out of the heat soon. Heads off to the crew that was taking care of the runners at each checkpoints and also along the road.

I've totally enjoyed the run and cant wait to next year again!
Thank you Dragon Run!
Go figure by Devi da Lil' DeviL at Sunday, May 15, 2016 No comments: