Tabur Hill @ Bukit Tabur is widely known by the local here in Melawati as the Dangerous Cliff with Beautiful View..ok i just made that up but it is also known as Bukit Hangus by the local. Anyway, Tabur Hill has been a favorite spot for hikers which consist of East, West, Far East, Extra and Extreme. Some come here to see for themselves and perhaps update their social media platforms, some are just following their friends while some just want to be closer with the nature. Either way, hiking trail at Bukit Tabur is quite dangerous as there has been many incidents about hikers falling and broke part of their bones and also the fatal mishaps. So be extra vigilant when you are hiking here.

Tabur Hill is very prominent and most Setapakian / Melawatian can actually witness this hill from the balcony of their home. As it is part of Klang Gates Dam, reaching the peak would be a spectacular panoramic view of the city of Kuala Lumpur on your left and The Klang Gate Dam on your right, depending which side are you standing.

So last Sunday, I was invited by Kak B to join Komplot Hikers to hike this magnificent hill. I've hiked Tabur Hill in 2007 twice but at that time, I cant remembered if it was West or East.

Our meeting point was at BHP Melawati at 4am and we supposed to start hiking by 5am. I went to the wrong BHP but finally managed to reach the right meeting point at 415am. But since we have to wait for another 3 persons which only arrived at almost 5am, the hiking only started at 530am. meanwhile I was kinda hungry so I ate an apple for energy. :P . We parked at the foothill of tabur and did some stretching before starting the hike. It was pitch dark and as I took my headlamp and look up, I could spot moving lights at the peak of East Tabur. Wow, this guys are pretty fast.

Our team was led by Zack and off we hike, one step at a time. It was pitch dark when we started and our head lamp was the only source for us to look at our path. 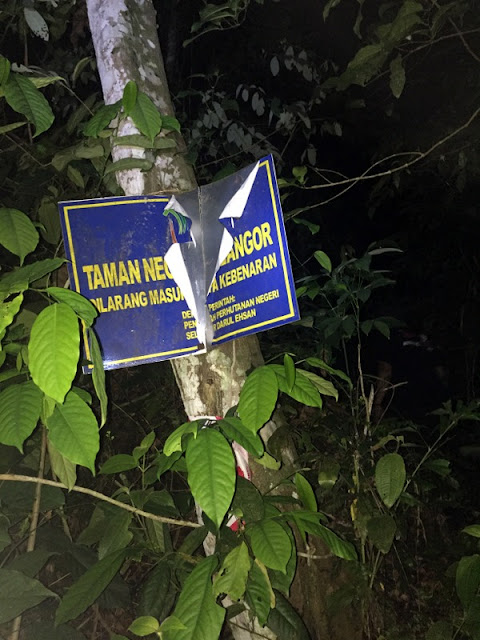 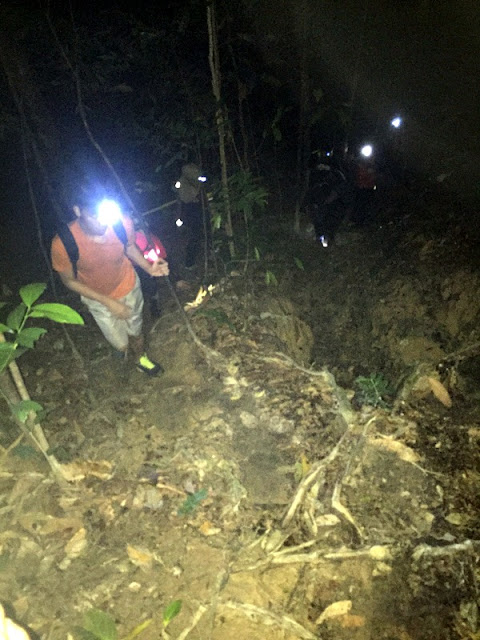 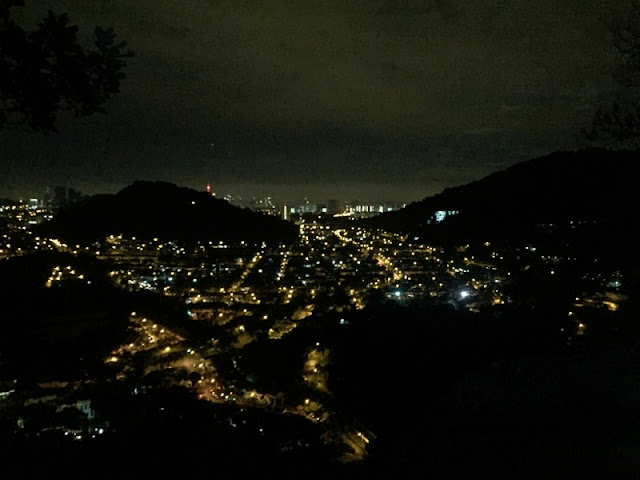 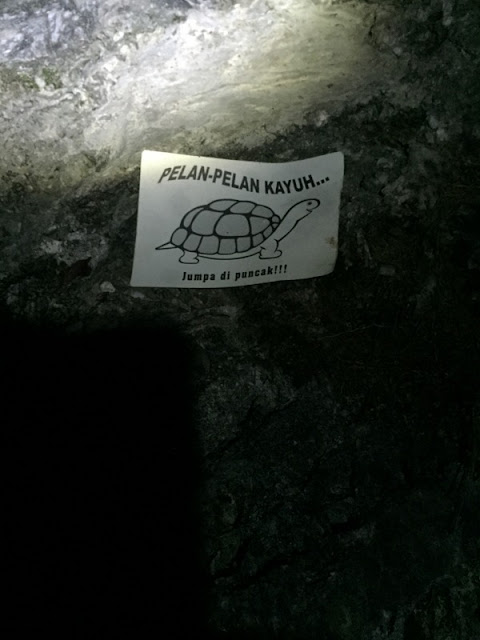 It was straight up till we reached to a point where upper physical strength are required. The steep rocky climb is not something to take it lightly. Always be careful with the steps that you are taking and even though there were ropes provided but my instinct have some 'trust issue' with the ropes. Anyway, while i was climbing up, i could see the skies turning from black to dark blueish. And as I was looking down to place my feet for support at the small curve of the rocks, my headlamp bumped into the rock and the cap felt off trembling down  together with the batteries. Oppss..ok i am not going down to pick it up right now, so since the day are getting brighter, i thought oh well just forget it. But Zack who was leaning on the rocks few metres away told me to get someone at the bottom to collect it for me. So i shouted and told Bryan and Mas who was still at the bottom to please collect it for me. And i continued to climb till i finally reached the peak of East Tabur. 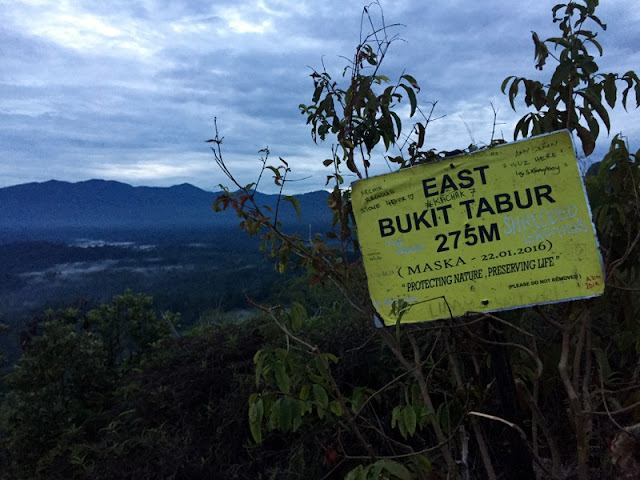 I admired her bravery and energy as she can really dare to stand at the edge without feeling shaky.

Unfortunately, the sun decided to take a rest that day and didnt turn up. So,we hangout at the peak with selfies, wefies and then while we are sitting down munching raisins and cashew nuts (great combination by the way), SUDDENLY it was like pure divine moment, as if a giant veil was serenading melody of life overlooking the peak of FAR EAST TABUR.


We started to descend by 8am as we do not want to get caught with the crowd that started to hike up.

Going down was slightly easier as we followed a different path but it was slightly slippery due to rain yesterday night. It started to drizzling and we quicken our steps plus we were all feeling hungry. We passed by the durian orchard and some old wooden houses before finally reaching the spot where we parked our cars. kak B's car got punctured and after fixed temporarily, we head to opposite of Caltex to have our breakfast at nearby Chicken Rice shop nearby. After exchanging numbers, some went home while some accompanied Kak B to get her car's tyre fixed. 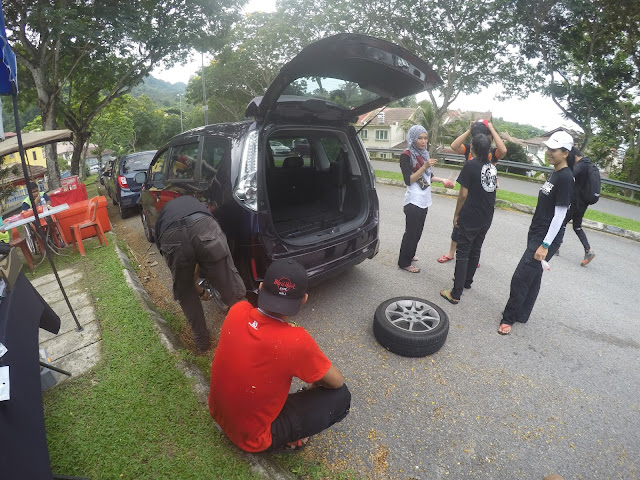 And then I realized the Tabur HIll that I hike in 2007 was actually West Tabur, no wonder it was unfamiliar. Anyway for those who want to hike Tabur Hill, please be extra careful because the cliff are pretty dangerous. Till then, adios and wait for my next adventure.
Go figure by Devi da Lil' DeviL at Wednesday, June 01, 2016 No comments: