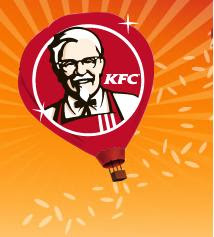 KFC -Kentucky Fried Chicken...it's finger lickin' good!
Kind, Fun, Cheerful
Why did I said that?
Kind because of their charity contribution to Tabung Penyayang KFC, 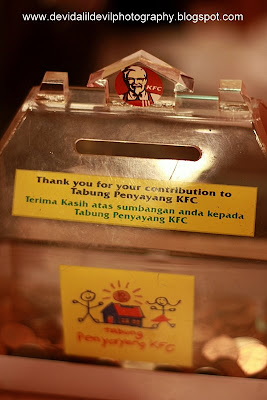 Fun because of their variety favouring for family, teens and even kids (I love their chicky meal toys) 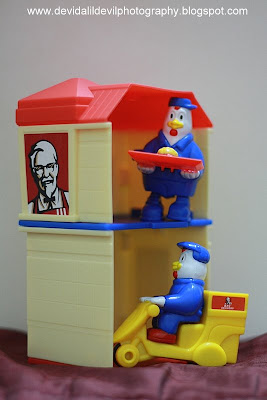 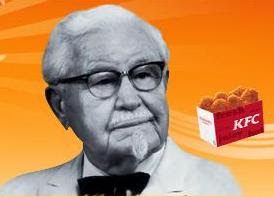 To begin with..KFC has always been a part of us Malaysian since 36 years ago. How can you resist the crunchy, crispy, mouth watering fried chicken? And who does better than the founder himself, Colonel Harland Sanders? Ever since I was young, KFC has always held a special place in my heart. C’mon everyone, it has been a part of our life during those special occasions like birthdays, gathering, festive seasons, dating, hangout and time out alone too (hahaha). Even until today, this signature face of Colonel never fails to leave a lasting impression ranging from kids to even adults. I used to call him as KFC Uncle..hehehe
And as time evolve, there has been numerous exciting (and not to mention its finger lickin good!) new flava recipes was introduced. The latest being..(Please roll put the red carpet while the drum being played) :
Tempting seduction,
it’s an awakening phenomenon,
KFC’s latest introduction,
roasted with perfection,
jeng jeng jeng the KFC FLAVA ROAST..selection.
pergh..power!!! Bursting with Flavour 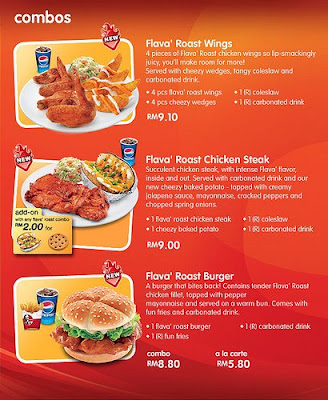 Psstt…in conjunction with their contest by Nuffnang and KFC, please feel free to visit their website for more info at: http://www.nuffnang.com.my/kfc-flava-roast/.

Let me revealed this exotic yummylicious secret and unlocked the mysterious recipe. Mind you that this exclusive KFC Flave roast are only available at certain outlets.. please click here for details of the location. So off I went to KFC JJ Alpha Angle yesterday night. Check this out..3 new variants that popping with flava. Aaaaaahhhhh…. 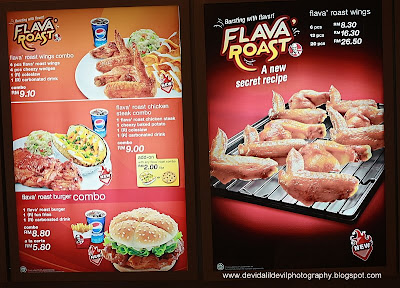 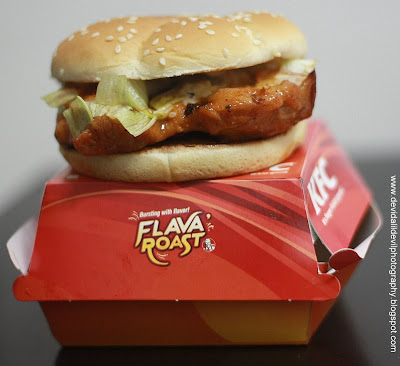 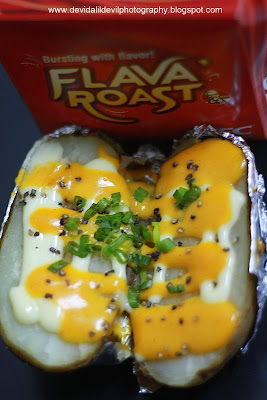 Sorry..the temptation of the Flava Roast Wings was too much that i ate them on the way back home. GULP! Fret not, the pictures itself explain everything about the new flava recipe.

So I designed my ‘masterpiece’ using only RECYCLE items. FYI…while capturing this moment, its so irresistible not to munch those Flava Roast Burger and Roast Chicken Steak.

Cut out the love shape from an old notepad 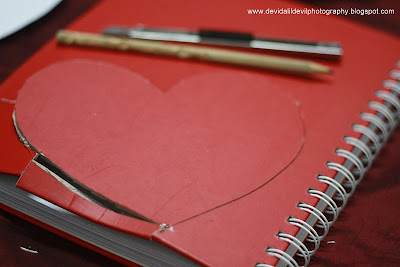 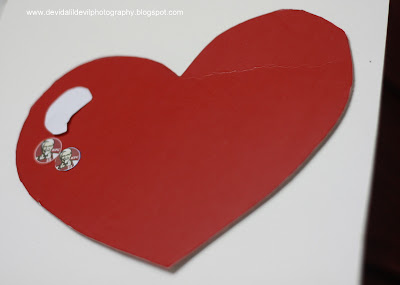 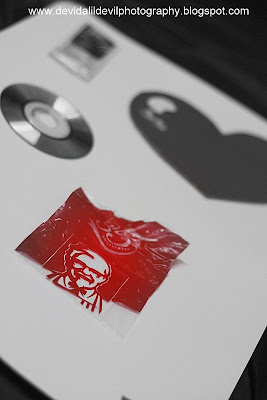 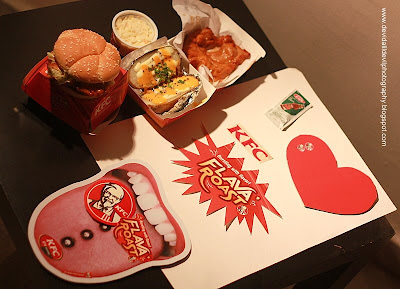 Since the contest require some shots with the KFC flava roast..here are some snapshot..and yeah as equally tempting food and 1st prize to be offered..its bursting with flava already! 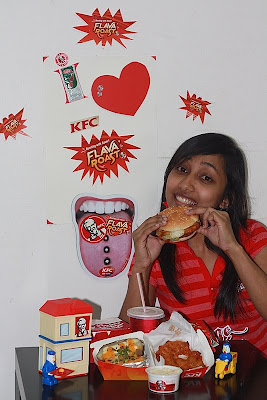 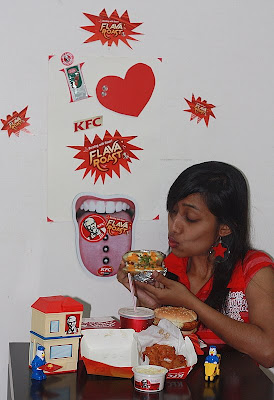 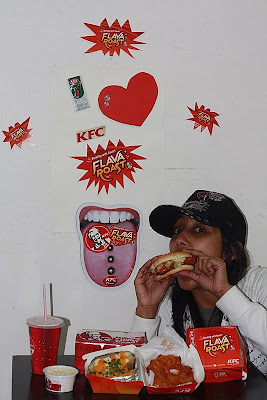 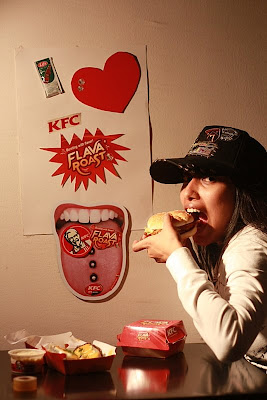 So there you go guyz, since the secrets has been unlocked…. 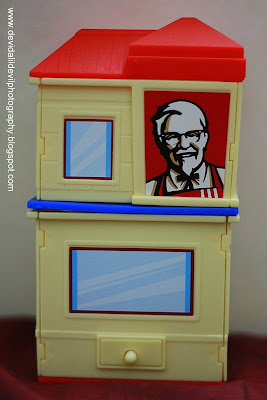 what are you waiting for?..quick head to the nearest KFC outlet listed, and enjoy the moment…at least I know ...I did.