25/5/2010
Orait after 2 hours of sleep, then came beautiful Tuesday morning. Time was 630am, looking outside from the hotel window, it was bright already. Get ready and head down to Broadway street for breakfast at the Duke. 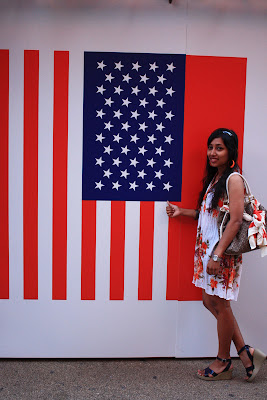 Have I mention that the food here is simply marvelous and inexpensive as well? Later, took the subway from Times Square to South Ferry Station (the final stop number 2 red line). Bought the metro card (return) and cost us US8.80 for 2 persons. We are going to visit Lady Liberty ToDAy! Always plan ahead if you planning to go there coz almost thousands visitors daily will be there. The best is to make a reservation through email /phone. B managed to make reservation via phone (http://www.statuecruises.com/). Cost =US12 p.p(return) on a ferry from Battery Park to Ellis and Liberty Island (with Pedestal/Museum Ticket). Unfortunately the crown access tickets have been sold out until Aug 2010. Even with reservation, the queue was still a long one. After almost 45minutes of ‘tanning’ under the scorching sun, finally I was on the ferry of STATUE CRUISE. First stop was to Liberty Island. I could see Lady Liberty is appearing bigger and bigger as we getting nearer to the 1st stop. 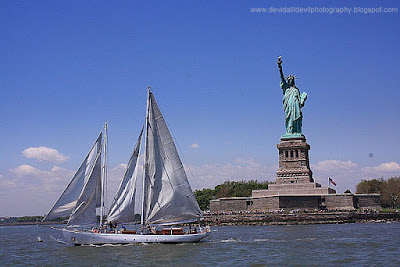 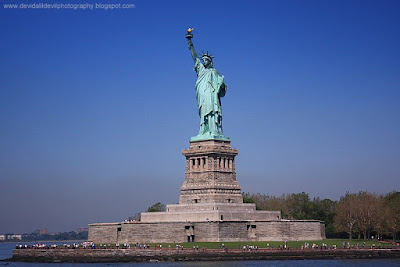 Mary poppin? Hahaha…I feel like a diva with Kimora favorite quote-Fabulousity "Life in the fab lane" 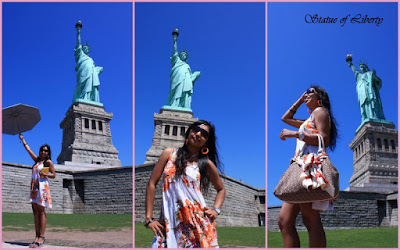 Apple anyone at the BIG APPLE? oh yeah 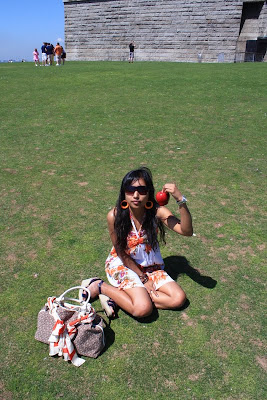 Then, we climbed the 136 steps ( i think) for a panoramic view of BIG APPLE. Later to Ellis Island, here there are the immigrant museum and some history and ancient artifacts.
By the time we arrived Times Square it was already almost 3pm. So lunch was a slice of pizza to take away and back to hotel.
This Cowboy has left his clothes at home 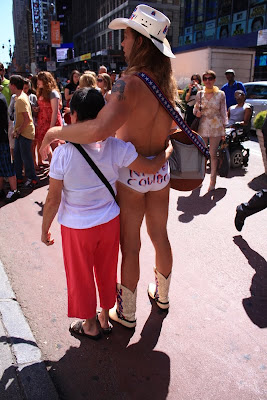 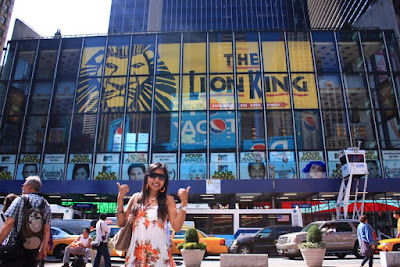 U cant get enuff of this yellow taxi 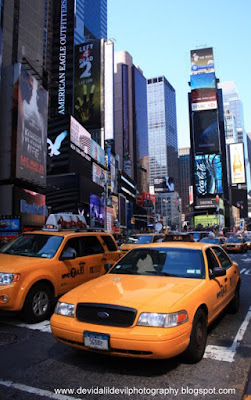 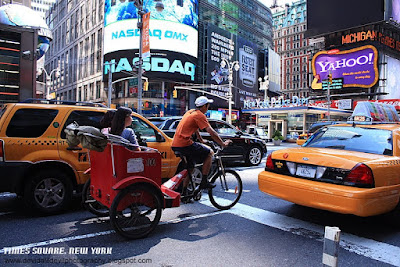 While updating the pictures, I suddenly dozed off. Woke up and look at the time, it was almost 6.00pm already!!! Got shocked as the media event supposed to start at 5.15pm-630pm. Shower, get dressed, make up ...n as I was rushing like mad, i received a call from Stephanie of HP (Singapore) asking where am I? gulp...they are leaving...am i gonna make it for tonite event? wait for it!
Go figure by Devi da Lil' DeviL at Monday, June 07, 2010

i saw beca exactly like this at Gold Coast, Aussie :-)