Friday, 15 April 2011 was a busy day for me. Woke up early for a prize ceremony at Shah Alam, next send my Canon DSLR camera at their service centre before collecting my another prize of designer dress by Andy Bandy under MAY brand. Then B received a call from Enfiniti Production that he was one of the lucky fans to be invited for the West End Stars Musical held at Istana Budaya that night itself. Datin Tiara Jacquelina was kind enough to organize a contest in her Facebook account where her fans will have the chance to grant some entry passes for the much talk about town musical happening only on 15 and 16 April 2011.  West End Stars in Concert will feature songs from some of the most successful musicals of all time,performed by  a few great men namely Stephen Rahman-Hughes, Ramin Karimloo and Simon Bailey, not forgetting a special guest star none other than our very own songbird, Jaclyn Victor!
I love musicals (don't be surprised okay?) and i couldn't be more happier than given a chance to witness it live right infront of my very eyes. And when i said right infront of me, I'm talking like one of the best seats which was at the centre and just 4th row from the theatre.ticket worth RM486 to be exact..:).


Not only i could see all the 3 gentlemen clearly while singing their lungs out loud, but also their facial expression and not forgetting our lovely songbird, Jaclyn Victor and her soulful voice beneath that lovely peach gown, almost fairtytale like. Its  hard not to actually falling in love during the West End Stars Musical as they serenade some of the likes including Bridge over trouble water, Someday, I dream a Dream, We are the Champion, Fantasia Bulan Madu and many more.. but if i could dream again, i don’t mind to feel like this over again. Thanks to the lovely, humble and gorgeous Datin Tiara. And im am thrilled to finally able to meet her in person. Before this, it was only virtual reply from her twitter /facebook account. She is such a sporting person i must add. 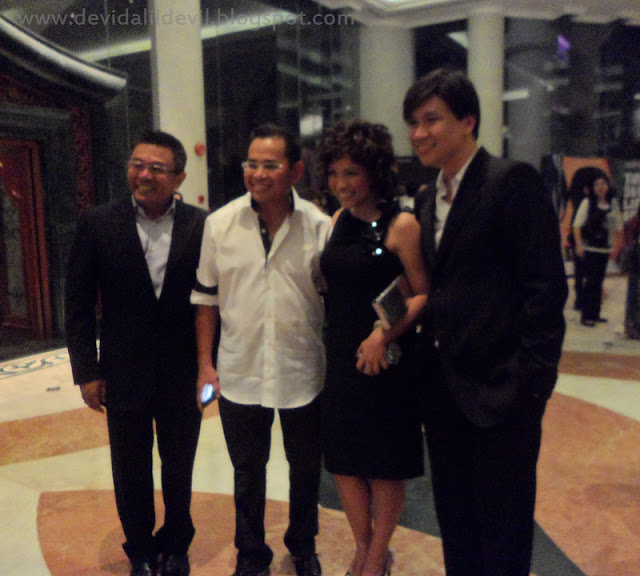 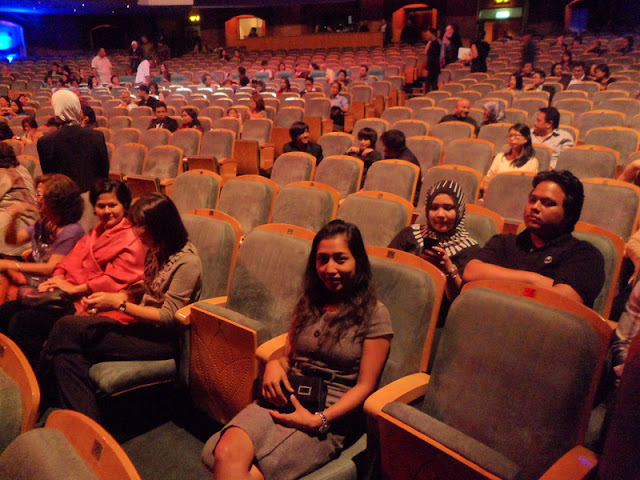 The MC announced that Datin Tiara has given full green light for the audience to do what they like as no protocol  for that night, oh well rules are meant to be broken right? So we cheer, we laugh aloud, we scream,  tapping our feet as we ‘dance’ to the beat and probably secretly falling in love as we immersed ourselves into the character during the concert.
I could feel goosebump the minute the orchestra bursting their symphony and how it penetrating the entire Istana Budaya while all of us are gazed with amazement.


But the highlight of the musical for me was definitely during the finale when all 3 gentlemen and Jac giving us the medley of Fantasia Bulan Madu. My heart skipped abit and the crowd was cheering and singing along during that touching moment.For the rest of it, please enjoyed some of the photos taken using my compact camera. 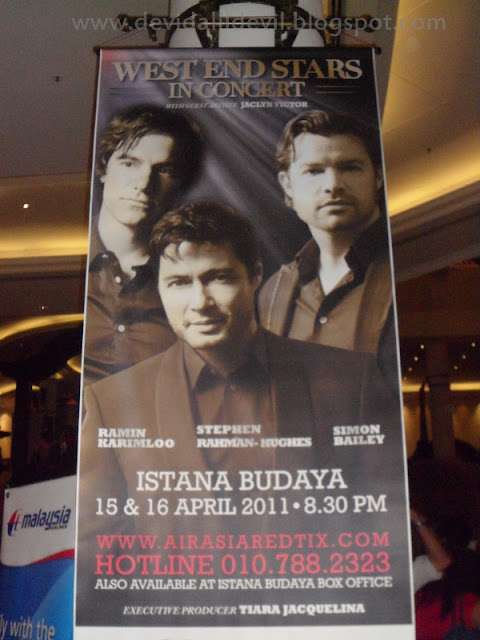 Kudos and bravo and I couldn’t be more thankful to Datin Tiara and Enfiniti  Production for the opportunity, and ya to B too for the ticket.  And yes, Datin...I did enjoyed the show...very much indeed. Falling in Love that night never taste this sweet. :)
Go figure by Devi da Lil' DeviL at Sunday, April 17, 2011

Thank You For the review :) - chedd

you r most welcome and thank you again :)